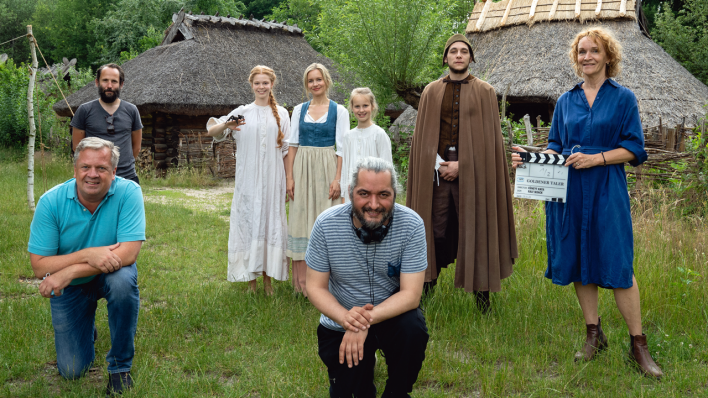 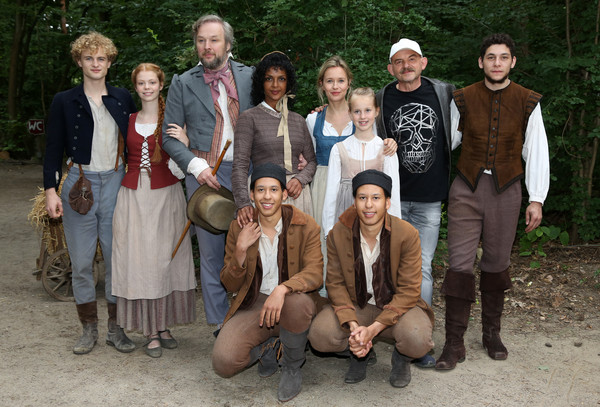 The Story Of The Golden Thaler

In the small village Everywhere is great sadness. Since the Golden Coin is longer in the village, nothing has grown except cabbage and discouragement. But do you simply have to surrender to fate, as the mayor (Stephan Grossmann) exemplifies? One day the brave girl Anna Barbara (Valerie Sophie Körfer) can no longer stand it. She leaves the villages to look for the thief of the Golden Coin. Liesbeth (Dennenesch Zoudé), the attentive wife of the mayor, thinks she knows that the rag collector Hans Geiz (Dominique Horwitz) stole it. In fact, Anna Barbara manages to track down the miserly old man. However, he may only release his valuable loot on the condition that the girl masters three tasks. So far, everyone has failed and no one has returned home. But Anna Barbara is in good spirits: soon she wants to hug her mother (Stefanie Stappenbeck) and sister Eva (Frida Brandenburg) again …